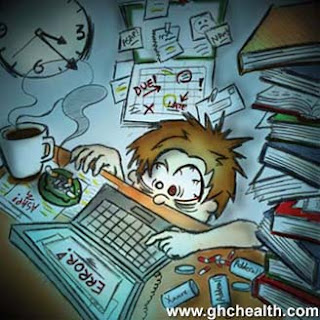 Before I begin with the wonderful and talented Mr. Turmeric, I do have to explain why I have been absent for the last year.

I know. I know. It seems like forever. And I still owe your for all the search parties you sent out looking for me. And for calling all those cops to see if my body was found dead in a hospital somewhere from the stress of medical school and board exams.

But I have an excuse for my hacker's tan and alien-abductee-style disappearance: I was preparing for my residency. Hey. Don't blame me: the application process is evil spawned by satan. So evil and twisted that scientists have been studying its affects on the minds of future doctors for years. It is up there with the Spanish Inquisition and forcing people to watch Barney. Scientists have linked it to eye twitching, nail biting, empty bank accounts, and butt-kissing-chapped lips.

The process involves some seriously complicated steps, involving ticking off environmentalists and being filled up by every airport security official for 10,000 miles.

Step one: Fill out enough paperwork to kill six rainforests and the cherry trees in your backyard. This is done to get you to learn how to brag about yourself.... Some scientists believe that this is the basis for the Doctor's God-complex.

Step two: Pay enough money to make Donald Trump smile. This step ensures that proper handling of your paperwork is made.... Well, proper as in... ahem... series of online disasters resulting in deep and mystical wonderments as to why any of the application materials were on paper to begin with. Note: The majority of applications are done online. You just tricked into doing secondary applications for some of the residency programs that believe in further torture. 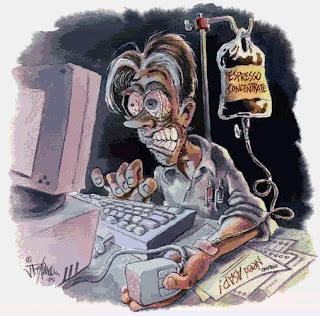 Step three: Get fat on airplane peanuts and get enough action from TSA patdowns to last ten marriages. I swear a few of them buy me dinner afterwards.

Step four: Go through interview interrogations that would make the CIA proud.

Step five: Live the life of an insomniac worrying over whether or not you'll get into a residency program.

Step six: Find out that you matched to a program. Spend the next few days twitter-pated that God blessed you with the perfect residency program that will turn you into the kind of doctor that you have been hoping to become.

Step seven: Suddenly realize that you're going to be medically responsible for saving lives.

Step eight: You're still stuck on step seven. The shock is just too much. ;) 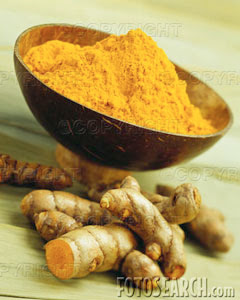 Related to ginger and galangal, turmeric is a spice ground from the dried rhizome of a yellow flowering perennial plant found in India known as the Curcuma longa or Curcuma domestica.

Turmeric is used as a major ingredient in curry and has been proven to have strong antiinflammatory properties. In Europe, turmeric has been used to provide relief for stomach ailments, gallbladder conditions, rheumatoid arthritis, and as a potential adjuvant immunosuppressant.

The active ingredients in turmeric are volatile oils called curcuminoids, the most widely studied of which is curcumin. It has been shown to have antiviral, antineoplastic and antioxidant properties.

But the property that I want to talk about here is its pain killing ability. Yep, your curry cuts pain by being a Cox-2 inhibitor. A study in the Journal of Natural Remedies showed that a dose of 100mg of turmeric had significant analgesic properties.

Seriously?! You seriously have to eat that much turmeric? Well, yeah, if you went to Walmart and bought that $0.50 cent turmeric. Now, don't give me that it was on sale. I buy my shoes on sale, but I don't use them treat someone. Okay, well, I use them to treat me. :D But retail therapy is an entirely different story.

Turmeric needs to be purchased in pharmaceutical grade quality curcumin or perhaps storing the actual plant in your basement along with a stock pile of lidocaine would be good too. Either way, turmeric is a good analgesic in times when lidocaine is unavailable.

Yet, I had asked one of my attending physicians what could be used instead of lidocaine as a wound analgesic, and he did say turmeric paste. Turmeric acts more like ibuprofen than lidocaine... so therefore I admit my error.

I also want to include a link with more information on the wonders of turmeric: