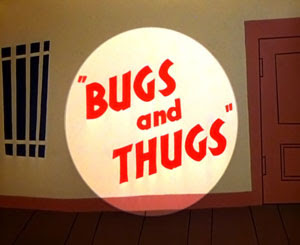 Cephalosporins are another group of antibiotics that have cross-allergies with Carbapenems and Penicillins. But these are my favorite group. They cover pretty much everything at a relatively low cost... kind of like thugs. You pay a small price and they'll beat up anyone you want: It's beautiful.

Cephalosporins are a great mix of guidos. Some are the brute squad that tackle the dumb masses of bugs. Others are expert snipers that pick off the hardest bacteria one by one.

So if you have a patient suffering from a mutated little nasty, you can send in Specialist Cephalosporin with his little gun and that sucker is gone in no time. It's so pretty. It brings a tear to my eye.

Basically, there are so many Cephalosporins out on the market looking for work that they formed their own class system which is grouped into generations based on age. ;) 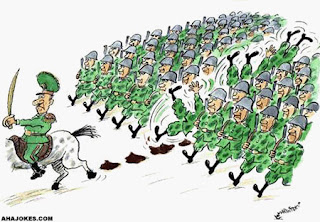 The old timers are the first generation. They love a good bingo game and can knit a sweater like you wouldn't believe. The moderate mild mannered adults are the second generation. These guys buy minivans and live in suburbia. The third generation are the gamers, they spend their days playing video games until they reek. The fourth generation are the secret ninjas that only come out to go all Bruce Lee on some big bacteria than disappear back into the darkness of the pharmaceutical shelves.

In other words, each generation covers a different group of bacteria. For the purposes of this post, I will only discuss the first generation. In next few posts, we will discuss the other generations.

The first generation covers the gram-positive bugs such as Staph and Strep. I know what you're thinking: everything covers Staph and Strep these days. Well, that's because of two things: 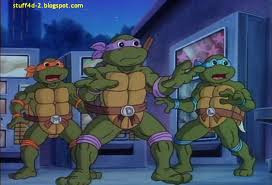 One: There are more species of Staph and Strep than there are Friday the 13th movies.

Yep, these bugs mutate more than the Teenage Mutant Ninja Turtles. More than the X-men. More than New York City sewage gators. And scarily enough, more than that glowing pizza under your kid brother's bed that he tried a dirty underwear and foot fungus experiment on.

So there you have it: that's why we have a billion antibiotics out on the market that kill Staph and Strep.

Back to the subject at hand, the first-generation Cephalosporins treat more than just Staph and Strep, they attack Escherichia coli, Proteus mirabilis, Salmonella, Shigella, and Klebsiella species as well. But they do not cover Listeria or Enterococcus.

An easy mnemonic device by which to distinguish first generation Cephalosporins is by finding an "L" in their generic name. Granted, not every first generation has an "L" in its name, there are some rule breakers such as Cephapirin and Cephradine, but the most commonly used first generations do, so it is a helpful device.

So, let's use Cephalexin as an example. Notice the characteristic "l" in the middle of the generic name. I know that the trade name also has an "l" in it, but most others don't, so we will refer the mnemonic device to the generic names. 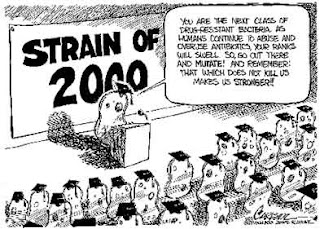 Even though penicillin is considered the first drug of choice in treating Strep infections, there has been a lot of resistance to penicillin. Cephalexin is markedly more effective at eradicating strep found in the nose and throat.

Other indications for use include Otitis media (Strep, Staph, Haemophilus influenzae [not to be confused with the influenza virus], and Moraxella catarrhalis), skin infections, and genitourinary tract infections, including acute prostatitis (Escherichia coli, Klebsiella pneumoniae, and Proteus mirabilis)

Child dosage: 25 to 50 mg per every kilogram in weight of the patient. If the child is younger than one year old then give the dose every 12 hours.

Side effects: Rash, fever, colitis, aplastic anemia, and gastritis with or without nausea.

Drug interactions: Doesn't get along well with Probenecid. I'm beginning to think that Probenicid is the problem drug since it doesn't enjoy the company of any Carbapenems, Penicillins, and Cephalosporins.

Increases the serum levels of the diabetic drug Metformin. It really likes to hang out with it, and causes decreased blood sugar levels in patients taking Metformin. 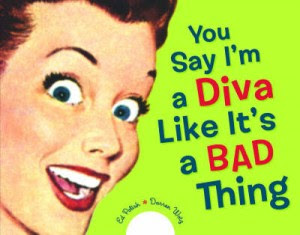 Cefazolin: Hey, what do you know, it also has the characteristic "l" in its name. This is the artist otherwise known as Ancef that is administered only by injection. I call it the prissy chick of the bunch. It needs to be diluted. It needs refrigeration. It needs you to pick out the green M&Ms out of the bowl and to bring it chocolate dipped strawberries on pink plates. Because how dare you bring it normal strawberries on white plates!

It has the same coverage as Cefalexin, but is a much more aggressive antibiotic. Hey, it's a diva. You pamper it, pay a fortune for it, and it seriously kicks tail when it does its job.

In addition to the infections that Cefalexin treats, the IV-infused Cefazolin treats gram-positive septicemia, biliary tree infections, endocarditis, epididymitis (infection of a part of the testes; men appreciate this drug), and surgical prophylaxis.

If given IM then dilute with sterile water. Inject it into the patient's butt. Yep, have them bend over. The shot is a total pain in the A.

IV for an adult can be diluted in 50 to 100 mL of any of the following: Normal Saline solution, Lactate Ringer's solution, Dextrose W, and 5% Sodium Bicarbonate. The most commonly used are D5W and Normal Saline.

Child dosage: A total of 25mg per every kg weight of child per day, to be given IV over 6 hour increments, with a dilution volume at 125 mg per mL fluid.

Side effects: Similar to Cefalexin, but needs dosing adjustments in patients with kidney failure. (Cut the dose strength by half)

Cefadroxil: Also called Duricef, this antibiotic has the similar coverage to Cephlexin. Cefadroxil's edge is that it is especially effective for pharyngitis or throat infections, such as Strep throat.

Skin infections and urinary tract infections are also covered by this particular Cephalosporin. And like the rest of the first generation of Cephalosporins, Cefadroxil is a pregnancy category B drug, so it is relatively safe for pregnant women to take.

Child dosage: 30mg per kg weight of the child per day. This can be divided into two doses.

The four compadres pretty much like kicking bacteria butt as any Cephalosporin does, but these shouldn't be used in patients with severe kidney problems.

Other than that, they're great drugs. Besides, they look great in bunny ears.

Hope you enjoyed the first generation. Next time, it's the second generation, known as the moderators. ;)