Three Little Swine Flu Pigs: Huff and Puff and Cough Your House Down 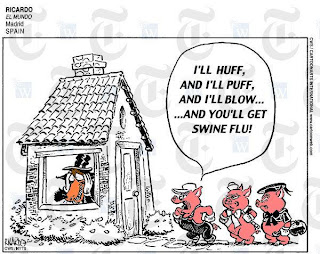 There's something to be said about humor in medicine. Some say it's the spice of life. I say it is the anti-nausea drug of the healthcare profession.

Seeing gross things all day, leaves you with two options: You either blow chunks or you laugh... then again, technically you can do both, but I wouldn't advise it.

For instance, when you see the montauk monster of all diseased masses sitting on top of a beating heart, you can easily find yourself heading for the horror flick, "Breakfast Strikes Back." Yet, one good twisted sonnet from the anesthesiologist about his love for the Beatles and your stomach settles.

Then again, it's not like physicians spend all day long laughing at everything to keep themselves upchuck-free. Seriousness has its place. In fact, you can always tell the danger of the case by the amount of humor that passes between the surgeons and hospitalists. If they are singing songs about the names of the new residents, then they are prepared for the case. If they are silent, its bad news and something unexpected of which they weren't completely prepared for, has happened.

The point of these blogs is to utilize humor in preparing now for the serious disasters that can occur later. And there is nothing more serious than witnessing one of your family members suffer from a life-threatening illness. When a loved one starts to suffer, the first response should be to roll back one's sleeves and to take care of them. It shouldn't be 'to panic.'

True, you do have to have the stomach for the work. Not very many people can cleanup puke without dry-heaving. You should have seen how fast my brother's house cleared out of people when his toddler vomited on the couch. Everyone screamed and ran like she was one of the undead coming to feast on their brains. All that remained of her siblings were dust clouds. 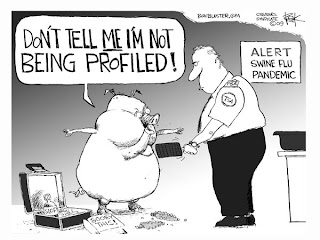 Yet, even if you are a little queasy in the face of blood, guts, and gore, if you know beforehand what to do, then you'll quickly adapt.

The ability to laugh during a time of crises is a sign of a well-prepared person. The preparedness I am talking about is not just collecting the temporal materials necessary to survive, but more, the knowledge and training that would keep you from panicking. So, in my blogs, I intend to do my best to help you become mentally ready to face the trials that lie ahead... or at least, the disaster and medicine-related ones.

In this post, I am going to start with the CDC recommendations for taking care of a sick person and in the following blogs, we'll elaborate more. Then that will conclude the H1N1 series and we'll start working on wound care in the wilderness and what to do in the event of an earthquake. (That's my favorite stuff!)

Now, let's roll back our sleeves and get cracking on what to do if someone in your house has contracted the virus. (The following words of advice are derived from the CDC standard of home care in the event that someone has contracted the novel H1N1: http://www.cdc.gov/H1N1flu/guidance_homecare.htm)

First and foremost, if you have children or teenagers, DO NOT give them aspirin (acetylsalicylic acid). Doing so could cause them to acquire Reyes' syndrome. It is an incurable and potentially fatal syndrome that affects all organs, especially the brain and the liver, resulting in severe encephalopathy (swelling of the brain) and a fatty liver. ( For more information on Reye's syndrome: http://www.ninds.nih.gov/disorders/reyes_syndrome/reyes_syndrome.htm)


The over the counter drugs that the CDC recommends are Ibuprofen (Motrin, Advil, Nuprin, PMS-bane, etc.), Acetominophen (Tylenol), and Naproxen (Aleve). You can give children's tylenol to a baby 6 months old or younger (please contact your provider for details) and both ibuprofen and tylenol to children 6 months of age or older. (See also, the American Academy of Pediatrics parenting corner at http://www.aap.org/publiced/BR_Infections.htm) 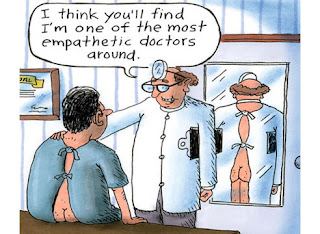 I do have to mention here that we live in a more is better society. More makeup will hide that zit. More sugar will fix the bad taste of my spouse's cooking. More cartoons will keep my kids from tearing up the house. If it works a little, then more is better, right? Wrong.

Well, let's just put it this way: the only time "more" is better in medicine is when you apply more love to taking care of your patients, and even then, there are times when more is definitely not better. So, please for the sake of all that is good and holy, don't apply the 'more is better' analogy to the above mentioned drugs. Please, just follow your health care provider's advice on dosing or you might end up doing more damage than good. (Image taken from http://www.drugbuyers.com/freeboard/ubbthreads.php/topics/907257/Re_Funny_gifs_post_them_here). For instance, a painful death can result from taking more Tylenol than the maximum dose allowed. [The maximum dose of Tylenol in an adult that is allowed is: 1g/dose(1000mg per dose), and 4g/24h (4000mg per day)].

If you drink more than three alcoholic beverages per day, then one, you really should talk to your doctor before taking it, and two, never use more than 2g (2000mg) per day. Avoid Tylenol, if you have liver disease.

In addition to that, the American Academy of Pediatrics strongly recommends that parents should avoid giving any over the counter cough and cold medications to infants and children under the age of 2 years old, due to the risk of harmful and life threatening side effects. Also, many studies have shown that cold and cough products are not as effective in children younger than 6 years old. (Please see: Common Childhood infections, American Academy of Pediatrics, 2005, updated April 2008.)

So in a nutshell, please seek advice from your primary care physician before taking any pharmaceutical agents, for dosage instructions and any possible contraindications that you or your loved ones may have. (For more information on the side effects of these drugs, refer to: the Food and Drug Administration: http://www.fda.gov/ForConsumers/ConsumerUpdates/default.htm. And also, http://www.tylenol.com/page.jhtml?id=tylenol/children/subchild.inc, and https://online.epocrates.com/u/10a307/acetaminophen)

As for when to seek emergency care, I mentioned in an earlier post about what signs to look for. If the person you are taking care of, or you yourself have any of the following, then please seek medical help immediately:

*Is vomiting (unable to keep liquids down)

*Has purple or blue discoloration of the lips

*Shows any signs of dehydration, such as decreased or absence of urination, sunken eyes, dry mucus membranes (inside of mouth is dry), lack of tears when crying (in infants), or dizziness upon standing.

* Has a high output of diarrhea (That is if diarrhea is present. The CDC has indicated that some patients may experience diarrhea from the H1N1.)

In taking care of a sick person, it is important to keep them properly hydrated: 8 to 10 glasses of water a day. More, if they have vomiting and/or diarrhea.

Oral rehydration should be given to the patient in small amounts frequently, such as in small bottles for infants "paced to mimic sipping," and in spoonfuls or small sips for toddlers. (Except avoid giving water to infants under 6 months old, instead refer to your pediatrician for rehydration instructions.)

The WHO suggests replenishing fluids in cases of diarrhea and/or vomiting with rehydration solutions such as Pedialyte (Abbot Laboratories) or Gastrolyte (Aventis Pharmaceuticals). Or you could always go the cheaper route and water-down Gatorade (One part water, One part gatorade).

There is also the WHO solution for developing countries: One liter of pure water, two tablespoons of sugar, and one-half tablespoon of salt. I say add some lemon juice to it. Or you can always switch out the sugar for honey, except in cases of infants under the age of one. The American Academy of Pediatrics has strongly advised that children younger than 1 year of age should not be given honey because of the possibility of food contamination.

Another alternative remedy, you can try is the Apple cider vinegar mix:Two tablespoons of cidar vinegar (not the clear or distilled kind) and one tablespoon of honey combined in one cup of water each morning.

My favorite is mixing one tablespoon of honey, the juice of one lemon, a pinch of salt, a pinch of ginger, and a pinch of cinnamon in one cup of warm water. The mix should be done to taste. If the sick person can't handle the strength of regular ginger, than instead, use gingerale in place of ginger and water.

In the next post, we will discuss what measures should be taken to lessen the spread of flu in the home. Good luck until next time.

So, Ta Ta for now; I have echocardiograms to study.
Posted by Dr. Christine Princeton, D.O. at 5:05 PM