There is More Than One Way To Sterilize a Wound 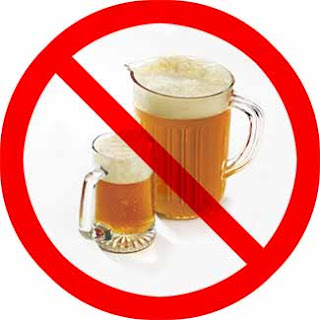 I know. I know. If I steer away from the beloved alcohol post, you won't be able to enjoy the bitter beer face anymore. Don't cry, moving on is an important part of life.

Yes, the sensational appeal of an old scary man bringing his bottom lip up high enough to swallow his whole head just brings tears to our eyes, but... No more beer for you! ;)

Since, alcohol is such a volatile substance to be pouring on any wound, I'm going to move to more gentler and practical means of sterilizing and cleaning wounds.

Everyone loves having their wounds cleaned, especially when we have to take a wire scrubbing brush to them just to clean out the debris and dirt.

In a different post, I will discuss the need for analgesics and the favorite question of how to administer lidocaine. Although, if you were wondering, it would be good to have 1% Lidocaine and topical Lidocaine gel in your trauma kit. Otherwise, your patient, if they are still conscious when you start messing with their wound is going to beat you like a red-headed stepchild in a drunk family.

So moving on to wound irrigation and cleaning. I, personally have a dozen lactate ringers, three dozen normal salines, and a bunch of contact lens cleaner (works just as good) in my personal kit for wound irrigation. But I like irrigating wounds, it's fun to watch big chunks of crap fly out an open wound to hit your assistant.

Rule one of proper wound irrigation: Aim the irrigation so that it sprays and hits your partner. It never gets old.

Tap water also can be used to clean a wound as long as there has been no earthquake or radiation in the area. Tap water is obviously not as good as sterile saline, but oh, well... if you're not a wound cleaning junkie like me, then you might not have the solutions on hand.

But just for the heck of it, a good home solution for wound cleaning is tap water and Johnson & Johnson Baby Shampoo.

People always ask me about Hydrogen Peroxide (H2O2) in connection with it being an antiseptic, because they see it a lot be mixed with water and used to flush out some wounds, especially things within the ear. It's a good cleaner, just as water is a good cleaner.

Yet, unfortunately, H2O2 isn't that great as an antiseptic, because it has only minimal bactericidal effects, especially the dilutions of less than 3%, but it does make cleaning the infection funner... ahem, I meant easier.

Ever wondered why hydrogen peroxide foams: Cells contain an enzyme known as catalase, which floats around in wounds and also many bacteria are catalase formers. When catalase and peroxide come in contact with each other, they react to form water (H2O) and Oxygen (O2). The bubbles that you see are oxygen being released from the liquid.

A good way to test this is to put hydrogen peroxide on a cut potato. Cut potatoes are rich in catalse.

So all in all, it really doesn't do jack, but watching it bubble makes us feel better.

So you clean the wound by hosing it down with enough saline to hydrate a dehydrated camel (yes, they too can get dehydrated), and remove all of the debris.

Anyway back to the real reason why I wrote this post: Antiseptics.

There are many great antiseptics out on the market today, most of which have been tried and tested in clinical studies.

According to the Wound Health Society, the best antiseptics would be Chlorhexidine, Cadexomer iodine, Ethacridine Lactate, Polyhexanide, and Betadine (which is 10% Provodine Iodine).

I prefer Cadexomer then Chlorhexidine then Ethacridine (for topical wounds) and Polyhexanide (name brand is Pronotosan, and is good for wound cleansing). The effects of betadine are not lasting and it has to be applied without re-introducing more bacteria to the area. (Note: On the other hand, the shelf life of betadine is one of the longest.)

I want to add to this list also a gentle antiseptic benzethonium chloride which is a great antibacterial solution for children that can be also used as a hand sanitizer. (Note: alcohol based hand sanitizers can be used as well for would disinfection, but like the regular alcohol: they will burn like a Biggest Loser workout.)

Benzethonium Chloride can be found in products from a company called Pureworks. www.buypureworks.com.

On the natural end of things, I would say 10% Calendula officinalis (pot marigold) and Manuka Honey.

Here are a couple links scientifically comparing many of the different types of antiseptics and wound treatments, just for the fun of it:

What? You thought I would write more? Eh, I'm being lazy today.

But I will leave you with this wonderful add put out by some very well meaning individuals. Enjoy: 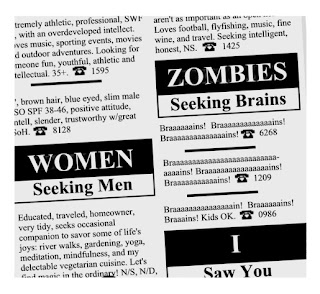